On January 23rd, Moving Pictures Theatre co-producers Marc Green and Lucy Nordberg attended an informative day at the National Film and Television School (NFTS) in Beaconsfield, exploring new filmmaking techniques and technology. Run by the BFI with StoryFutures Academy, the introductory lab was aimed at creative professionals wishing to learn about all forms of immersive storytelling, from 360 filming to augmented reality. With previous experience creating immersive content, Lucy and Marc were keen to find out more.

The academy is the UK’s National Centre for Immersive Storytelling, funded by the government and run by the NFTS with Royal Holloway, University of London. During the lab, head of immersive at the academy, Becky Gregory-Clarke, gave an overview of the various types of content and its distribution, while senior technician Johnny Johnson was on hand to provide insights into the new methods used to bring stories to the screen – and VR headset.

Becky showed the lab participants a wide range of content, including a moving documentary about female fighters against ISIS, an animated children’s story with interactive elements, and a trip in a WWII Lancaster bomber based around historic audio recordings from the time. These effective examples demonstrated how immersive content can engage audiences across diverse demographics.

From their previous experiences, Marc and Lucy were interested by the way that new forms enable crossovers between different disciplines, with theatre directing techniques lending themselves particularly well to immersive storytelling. In fact, the academy hosts workshops led by Punchdrunk Theatre company, which shows that notable collaborations are already happening.

Restricted to 12 participants, the lab generated focussed discussion about the way ahead. VR and AR content is still novel enough to generate interest just from the perspective of trying out something new. The challenge is to make sure the interest continues as immersive storytelling develops, creating content that is appreciated in its own right. 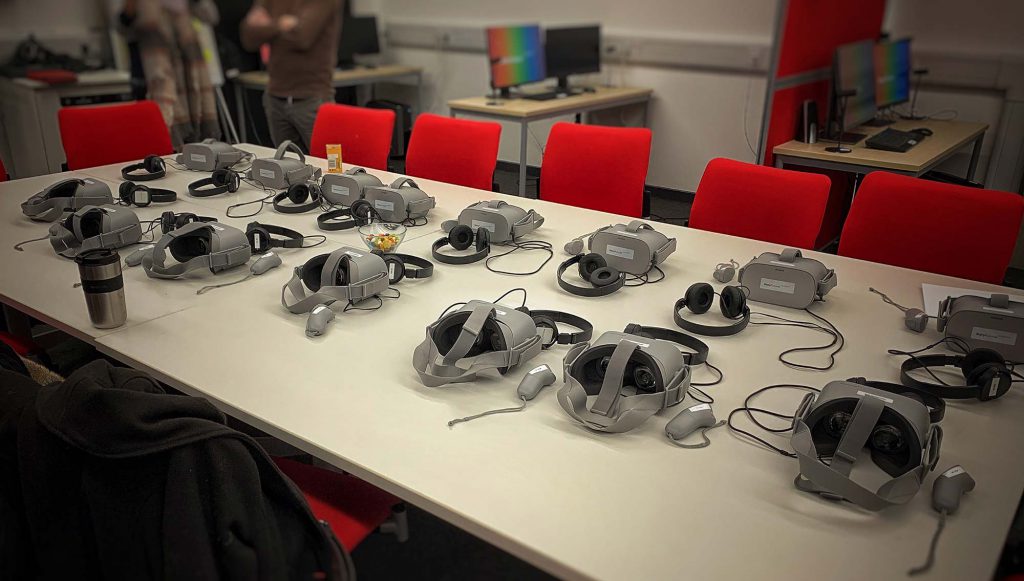