Time and Tide is a trilogy of short films starring Greta Scacchi, John Locke and Samuel West, exploring how we approach the past, reconcile it with the present, and face the future.

See the trailer below, and read on to find out more.

Across the years, a mother watches her gladiator son fight, while she remembers his childhood: the last lighthouse keeper prepares for his final trip ashore: and an actor returns to the stage to play his part in a Greek myth.

The trilogy opens with The Arena, with renowned actor Greta Scacchi giving an emotional performance as she tells the tale of a gladiator fighting for his life, while his mother looks on, recalling happier times. The second film in the sequence, The Last Lighthouse Keeper, stars experienced character actor John Locke as he relates the keeper’s adventures from the invention of the lighthouse, to eventual redundancy. In the final film, Homecoming, star of stage and screen Samuel West plays an actor returning to the theatre after a long absence, to take the role of Odysseus – who found that after an epic journey home, he had new trials to overcome.

Moving Pictures Theatre (MPT) was formed by Marc Green and Lucy Nordberg to create new work inspired by classic storytelling, expressing universal ideas and experiences that are powerful, epic and engaging to audiences. In the modern era, the lines between different mediums – film, theatre and performance – are blurring, and we aim to combine techniques from different disciplines in order to create new approaches.

MPT producer and writer Lucy Nordberg wrote Time and Tide to explore our experience of time, as we live our individual lives within the larger contexts of society and history. MPT producer and director Marc Green planned a format involving scenes in evocative locations that draw us into the world of the narrative and establish character, framing the central performances. Marc and Lucy then worked with two directors, Justin Spray and Jonathan Stow, to bring the vision to life, with original music by composer Sophie Cotton.

For the Arena, Justin Spray filmed Greta Scacchi on West Wittering Beach, with intercut scenes to emphasise how different situations echo across time, with an emphasis on the past. In The Last Lighthouse Keeper, Marc Green directed John Locke on the LV21 lightship, drawing us into the keeper’s present everyday life, and then into his story. For Homecoming, Jonathan Stow set the scene with footage filmed on Brighton beach, leading to Samuel West’s performance in the Theatre Royal, paying special attention to the epic reveal of the theatre auditorium at the end, as the audience looks with Samuel to the future.

We saw the films as a chance to capture the performances of great actors in interesting and atmospheric locations, which is a key part of the company’s aims. We also felt the theme is relevant to the coming months and even years as we all emerge from a period of crisis and reflection following the trials and restrictions of 2020 and 2021.

Samuel West, star of Homecoming, stated: “The Playhouse, the palace of fantasy, is paradoxically often the best place for us to hear the truth nowadays. During the pandemic, every empty theatre seems to say to me ‘Here’s what you could have won.’ At a time when my addiction to the live had no fix through plays, gigs or football, it was so good to get onto the stage of the Theatre Royal, Brighton (which I know and love well) for a very personal Homecoming. I’m very grateful to Moving Pictures Theatre for the chance.”

You can read more about each individual film in the press pack here, and at the links below. 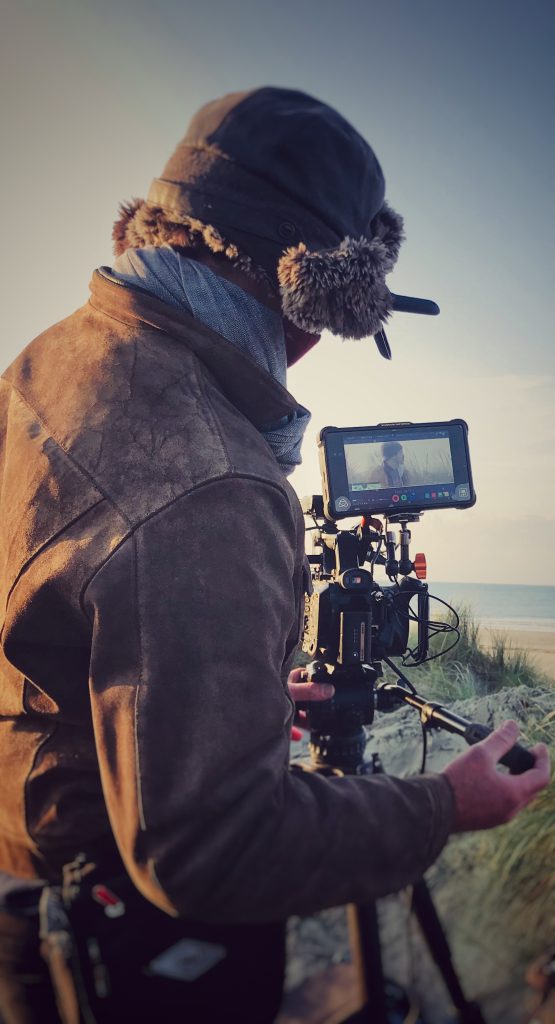 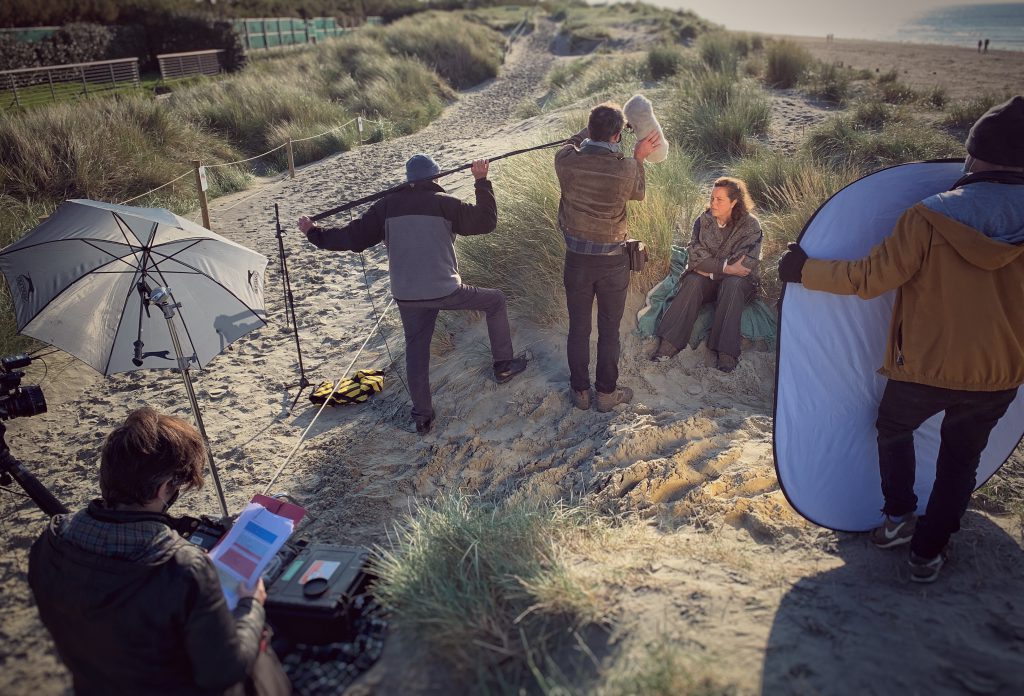 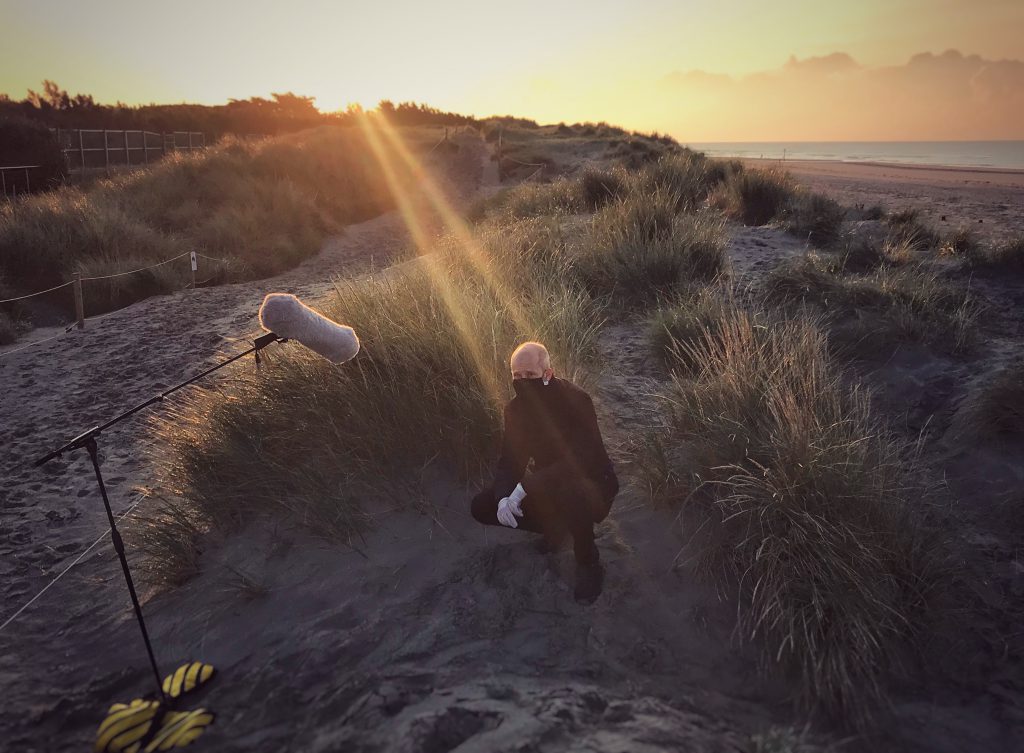 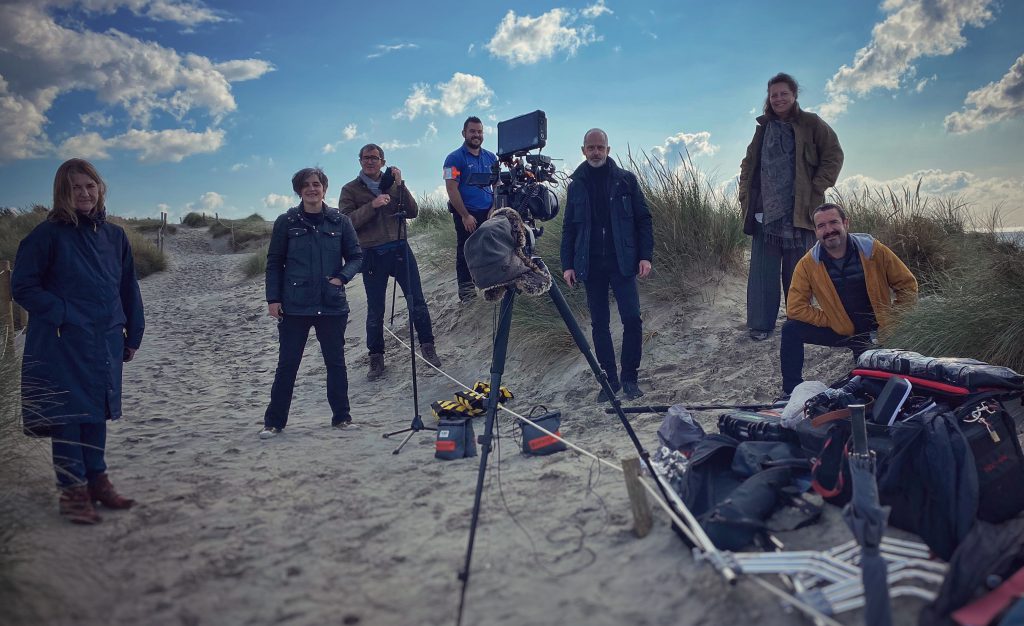 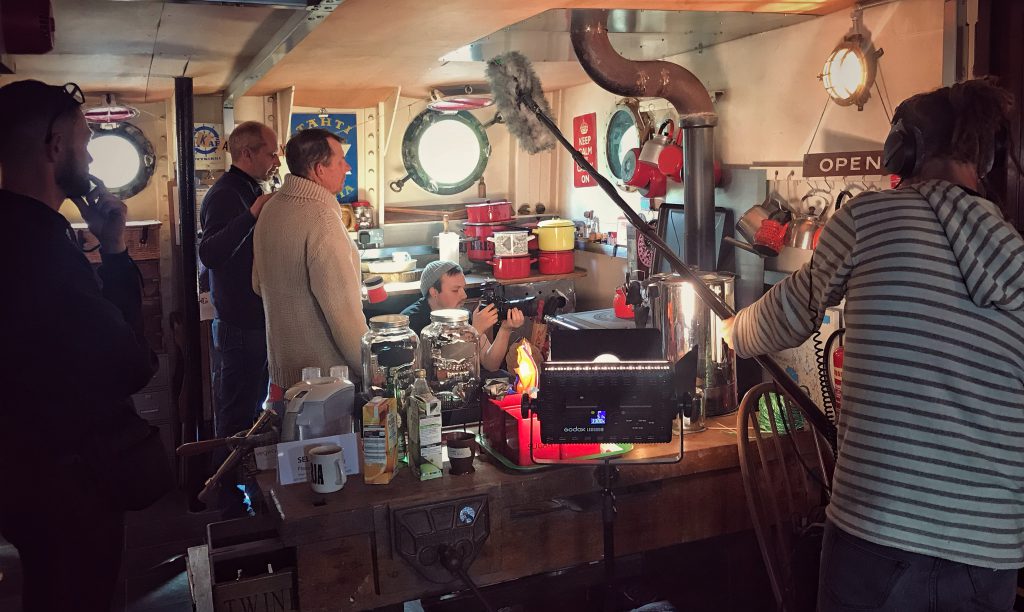 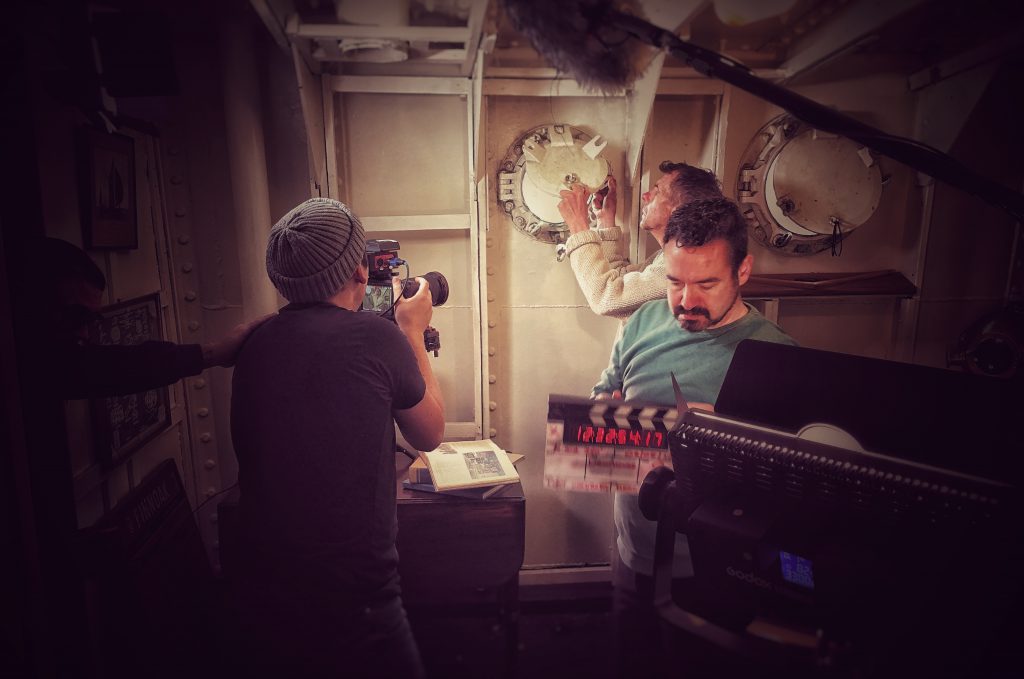 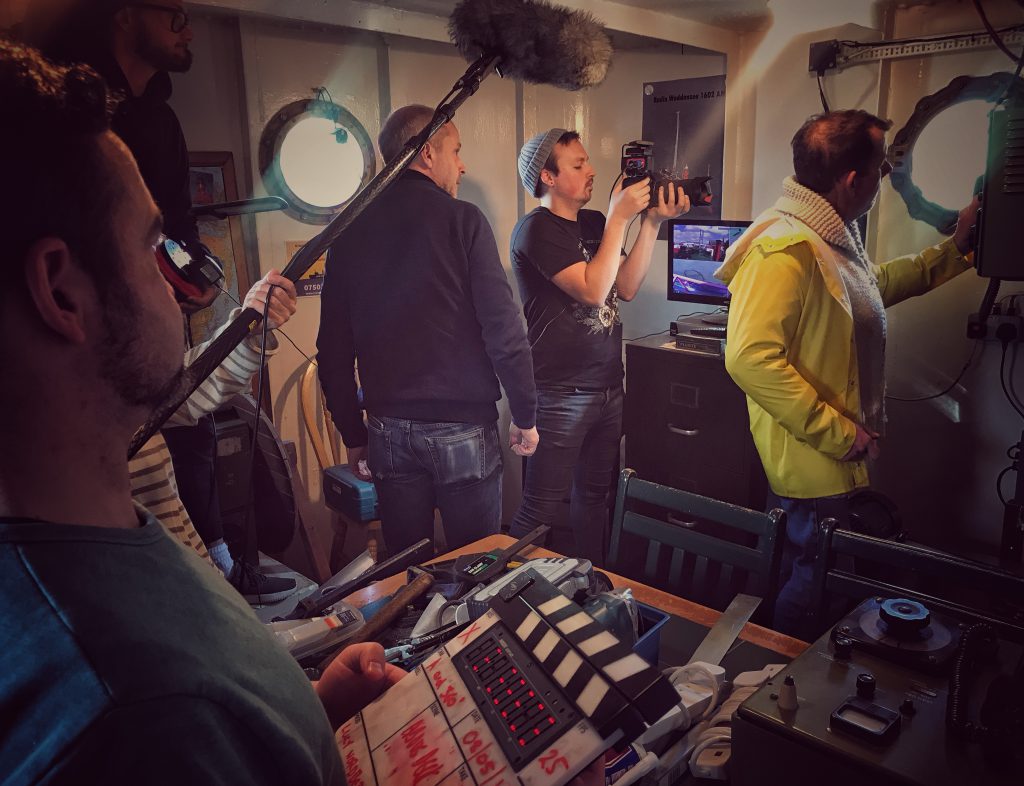 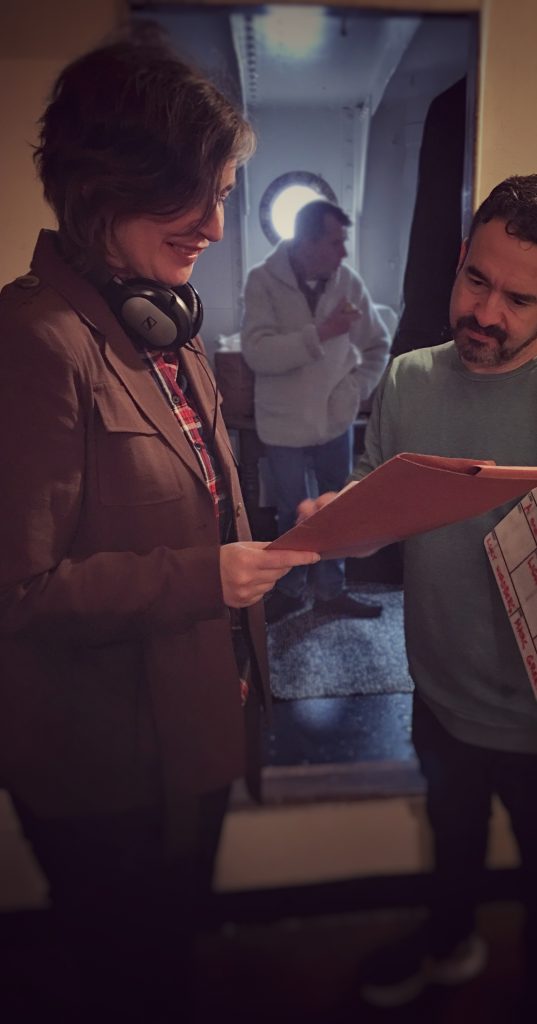 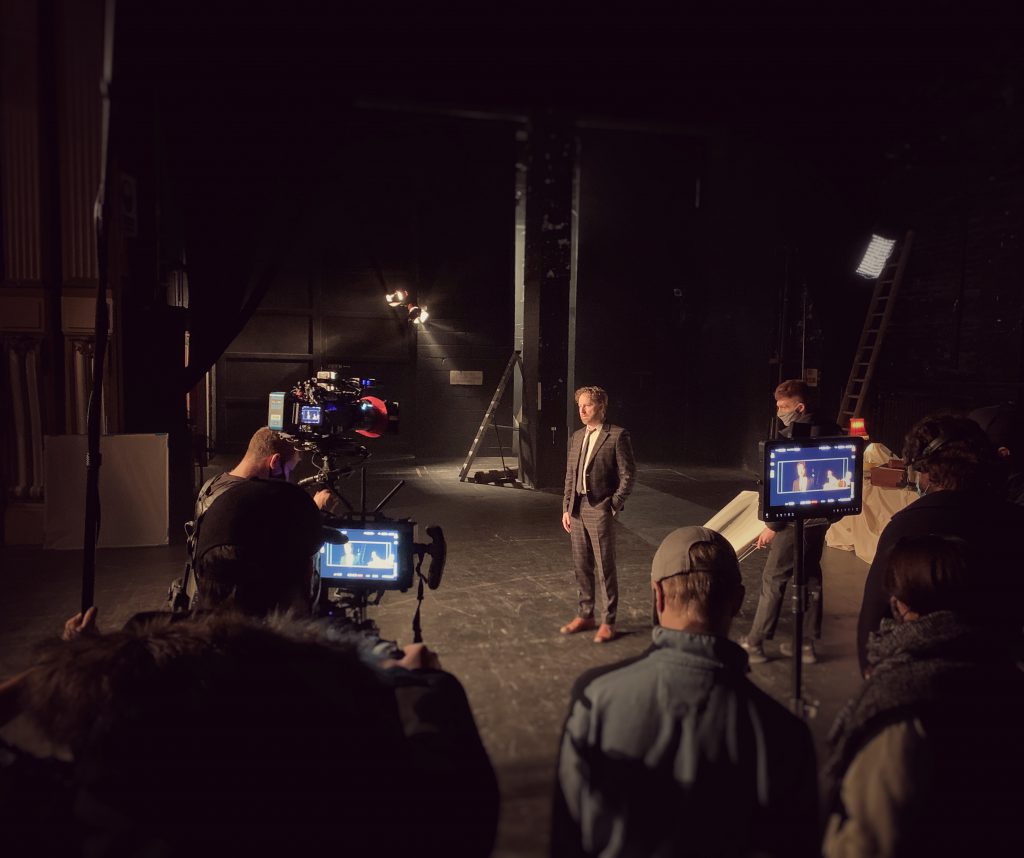 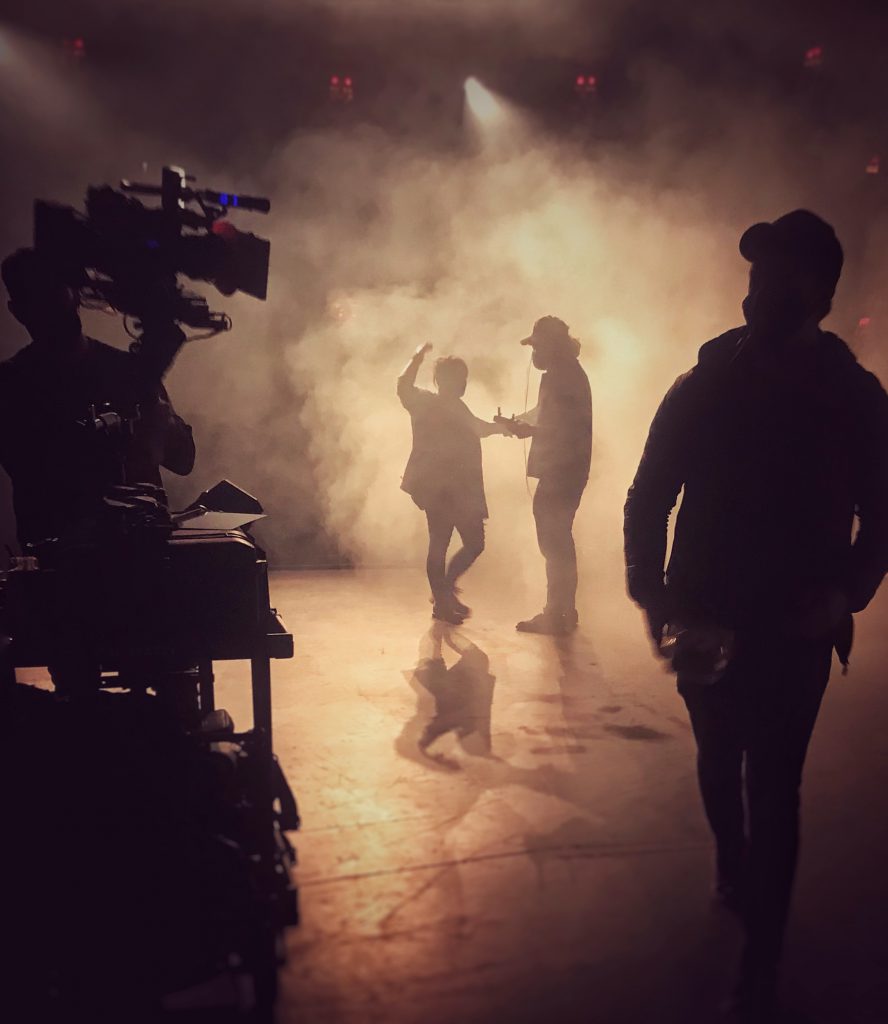